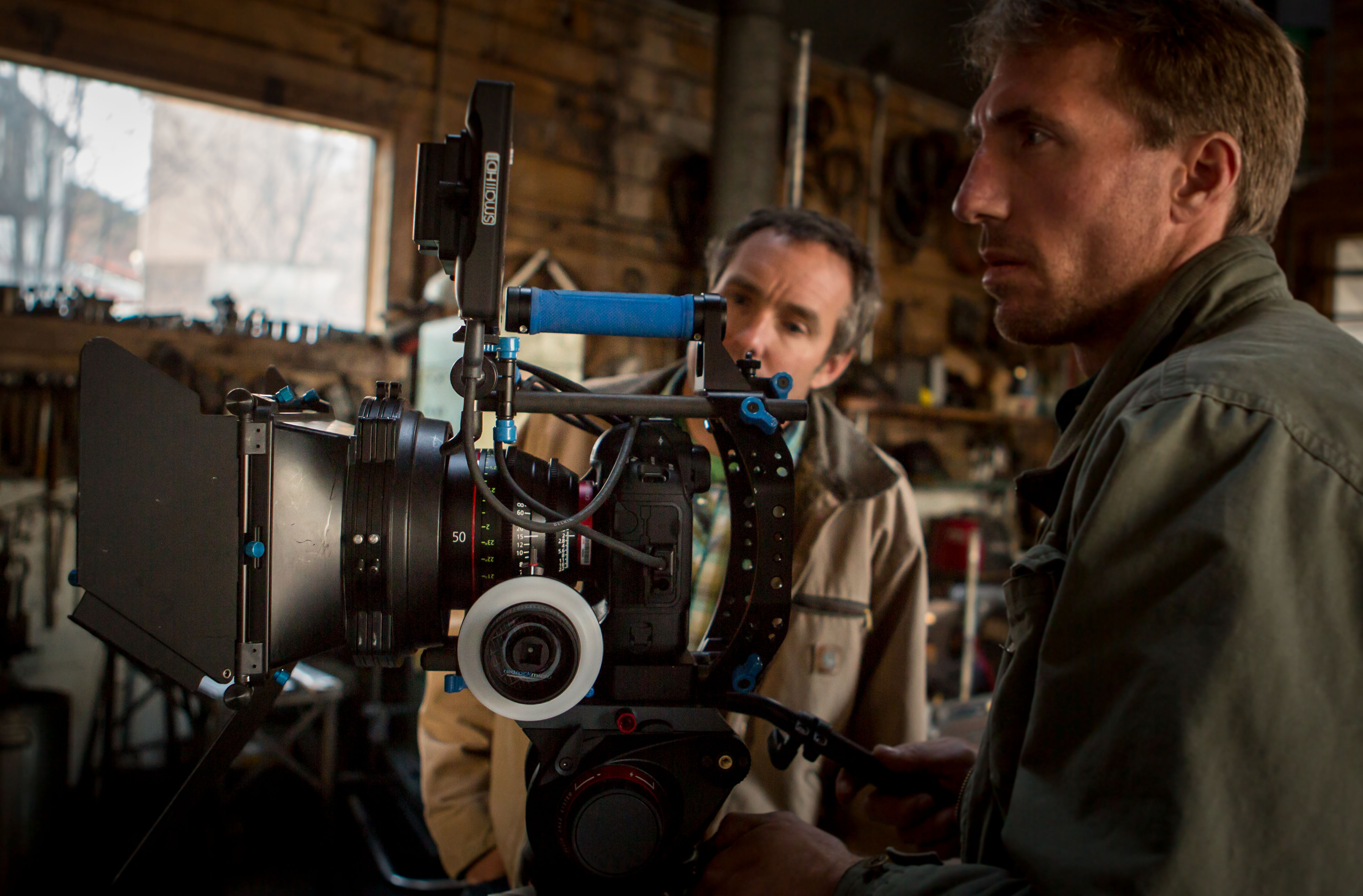 After testing Canon’s 1D-C, we wanted to look deeper into Canon’s cinema options. We were lucky enough to get the Canon CN-E 50mm T1.3 L F Cine Lens loaned out to us to do some comparison tests. We put the Cine lens directly up against its L Series cousin to see if it was worth the extra cash.

Right off the bat, the size of the Cine Lenses jumped out at us. These are not run and gun, quick change, single camera bag-sized lenses. With the 114mm diameter opening, none of our screw-on filters would work with these lenses. That meant for filters, we’d need a matte box.

The next thing we noticed was the large, geared rings for both focus and aperture. This allows for follow focus wheels to lock into the focus and aperture rings for smooth racks. The aperture ring communicates with the 1D-C to electronically keep track of the shift, but it remains a fully manual system; the camera body itself has no control over changing the t/stop. The focus ring runs a lot smoother than our L Series lenses, and the Cine Lens focus ring has stopping points for both minimal and infinite focus. The L Series lenses spin on forever, even after you pass the minimum focus point and infinite focus point; the Cine Lenses are much easier to work with for focus pulls with a follow focus ring.

But enough of how the lens looks on the outside! What kind of image was made from the inside?

The major difference between the L Series Lens and the Cine Lens is the bokeh, the blur of the lens. The L Series 50mm lens has sharper lines in its bokeh, while the Cine lens is far more spherical, nearly a perfect circle in the center of the lens. This is particularly apparent when the foreground subject is in focus, and the background lights remain as tighter bokeh. In a freeze-frame, you can see the cleaner bokeh of the Cine lens. This look is what has typically separated cinema and higher quality lenses from stills and lower cost lenses.

Other than that, we didn’t see much difference in the image quality. Both 50mm lenses had the same slight distortion on the edges of the frame. The bokeh circles on the edges become slightly squished, but it looks like they distort in the same way on both the L Series and the Cine Lens.

Looking at side by side footage, you can see the extra time it takes to pull focus from minimum to infinity on the Cine Lens compared to the L Series. While the Cine Lens has stops for minimum and infinite points, the focus ring has a much longer rack than its L Series cousin. To do a long rack, a motorized focus wheel is needed to maintain smooth and quick pulls. However, having a larger focus ring to work within can help make smaller racks, such as a profile conversation between two characters in a car, easier to pull between.

The Cine Lenses look great. Depending on the job, there might be a need for the nicer Cine Lenses with the 11 Blade Iris vs the 8 Blade Iris of the L Series Lenses (hence the nicer bokeh). Whether or not the nicer blur is worth losing the ability to work quickly or use variable ND filters is tough to say, particularly in addition to the need to add a matte box and rails and the extra cost to rent the lens. But for commercial cinematography, the nicer glass may be necessary; it all depends on the job.