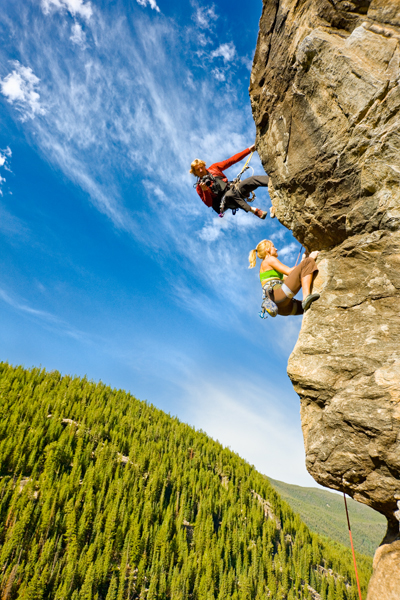 I was thrilled that two of my top adventure shots were selected for awards at the Vancouver International Mountain Film Festival photo contest. My shot of the rock climber Jessa placed second and my Iceland caving image placed third in the sport category. Click here to see the full list of winners. 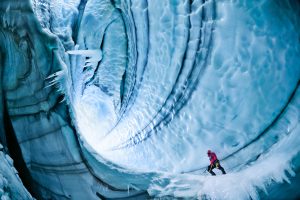 This caving image is of Mark Jenkins climbing inside the Langjokull Glacier, Iceland’s second largest glacier. Mark is a fellow adventurer and a monthly adventure travel columnist for Outside Magazine – see his writings, including three award-winning books, on his website. These caves are formed by meltwater from the glacier and are extremely rare. They usually only last a year or so before collapsing, which means this cave has long since disappeared. This image was taken with the Canon EOS 1Ds and 15 mm lens at f/4, 1/40 and ISO 200. 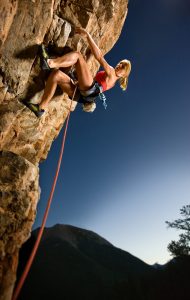 The climbing image is of the talented rock climber Jessa at the beautiful cliffs of Independence Pass near Aspen. I shot this image as part of a Canon campaign. This image was taken with the Canon EOS 1Ds Mark III and EF 14mm f/2.8L II USM lens at f/4, 1/500 and ISO 200. I climbed along with Jessa to get the best perspective while my first assistant Draper – not shown in this behind the scenes image – is hanging above Jessa, alternating between reflecting light and using a strobe.

These adventure shots illustrate the advantages of using an ultra-wide lens. Not only do the 14mm and 15mm lenses lend a grander perspective to the image, but the image also looks different than what we normally see with our own eyes, giving the photo a unique viewpoint. These lenses really create breath-taking images and are my go-to lenses for many of my outdoor shots.

Here are some other images from the day: 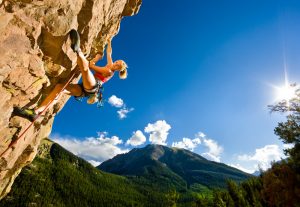 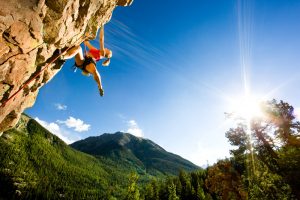