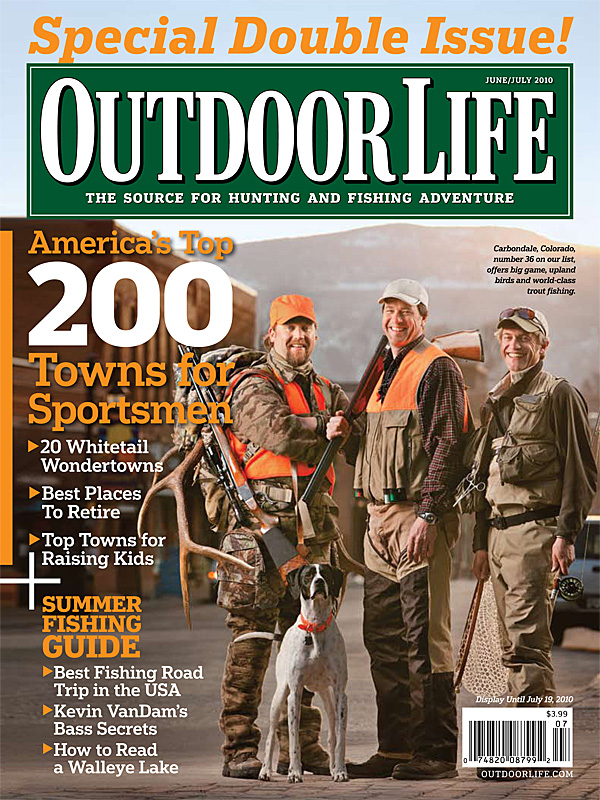 I shot this Outdoor Life cover in my hometown of Carbondale, CO for the magazine’s June/July issue of top sportsmen towns. Carbondale was ranked 36th on the list – its placement is well-deserved, and I am happy to live and work somewhere that is regarded so highly by the magazine and sportsmen alike.

To light the models, we used two sidelights with Westcott Octobanks and a small back light. We also had some beautiful morning light streaming in from the mountains behind the models. I wanted to portray the environment where these hunters get out and about, as well as the feel of the town itself.

These models did a great job of representing the sportsman population on the Outdoor Life cover – their enthusiasm was a perfect fit for this shoot, and I had a ton of fun shooting local men whom I know well. The big game hunter in the photo is Steve Fischer, the bird hunter is Will Lamont with his pointer Arlo and the fisherman is Glenn Melus. I have worked a lot with Will in particular – he seems to be a common sight whenever we are in need of a rugged worker, sportsman, or cowboy! Cabela’s is one of the many companies that have seen this talent. A big thanks goes to all three of you for helping me complete this cover shoot!