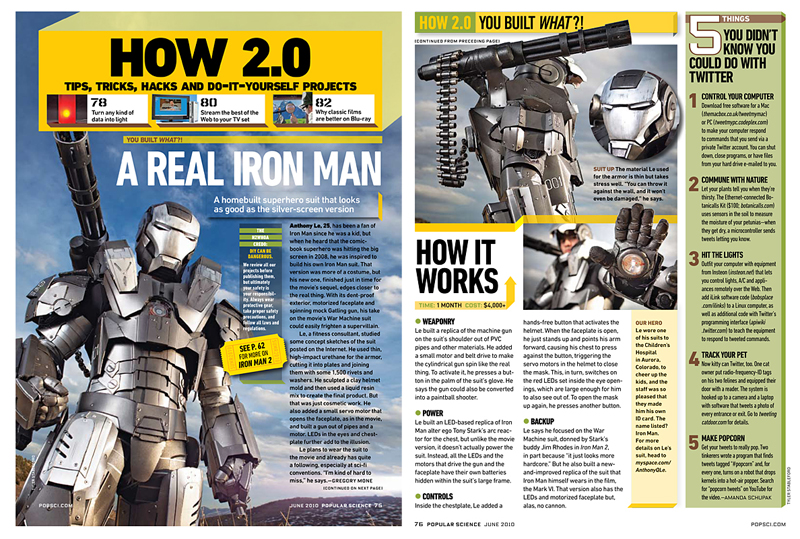 Popular Science’s June 2010 issue features several images I shot of Anthony Le and his Iron Man suit near Golden, Colorado. Anthony made an incredible replica of the suit and has even worn the suit to cheer up children at the Children’s Hospital in Aurora, Colorado. I used two sidelights and a backlight add a sense of drama to the scene and to underexpose the ambient light, making the sky and clouds richer.