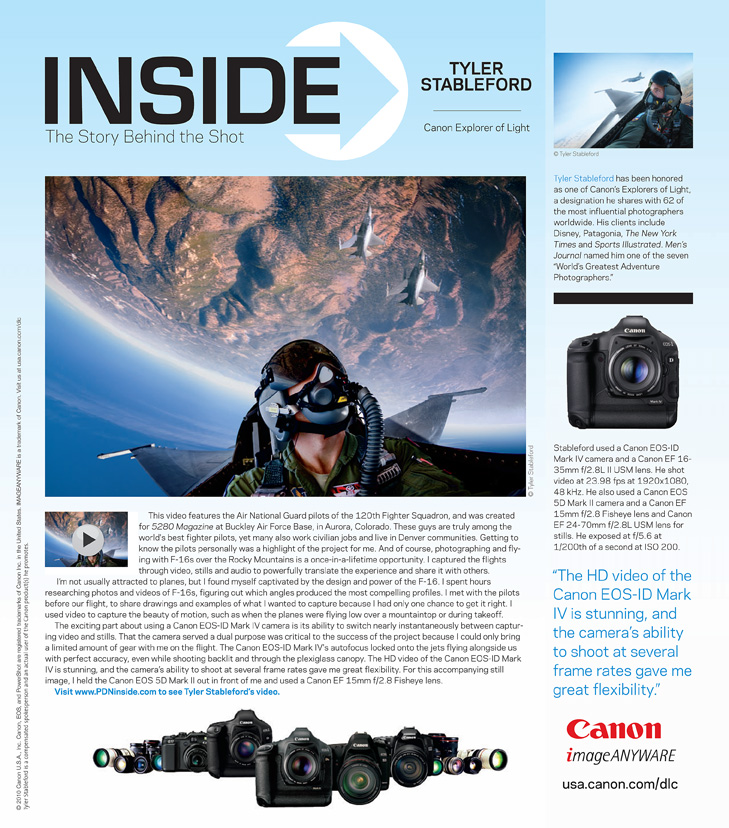 A new Canon ad ran in the March issue of PDN, with photos and video links from my recent assignment shooting with F-16 fighter pilots at the Buckley Air Force base in Aurora, Colorado. This is one of my favorite recent shoots and I am beyond excited for it to be featured not only in a Canon ad, but also shared with the readers of PDN. What a high-energy, high-drama photoshoot!

I used Canon’s 5D Mark II and 1D Mark IV camera to capture HD video footage and stills; these lightweight cameras have revolutionized the possibilities for video! It is extremely demanding to shoot while flying in a fast-moving fighter jet, but these cameras made it easy to capture exactly what I wanted to about the experience. Not only did I never have to struggle with the functions of the camera themselves, but the final product of their great technology turned out amazing! I could not ask for a better tool: click here to see exclusive footage from my fighter pilot trailer.